The Heartbeat Of Hope

Making a Difference: The Arizona Heart Foundation provides hope in the
fight against heart disease.

For 50 years, AHF has been at the forefront of lifesaving research and
educational programs that target the leading cause of death in the
United States. Established in 1970 by internationally renowned cardiovascular
surgeon Edward B. Diethrich, AHF has long been actively involved in the
development of state-of-the-art technologies and therapies. The organization
is widely recognized as a leading authority in the identification and prevention
of cardiovascular disease – and for its groundbreaking education and
outreach initiatives.

As AHF celebrates its golden anniversary, the organization is entering a new
era in the fight against cardiovascular disease. Through the leadership of
President & CEO Paula Banahan, AHF has sharpened its focus on professional
education and public awareness. Its acclaimed programs include career
education for nurse specialists and imaging technicians. By launching
a dynamic new initiative, AHF will bring crucial ultrasound screenings
to under-served and at-risk communities.

With the support of its valued donors, AHF continues to pursue
its vision of ending preventable deaths due to heart disease. 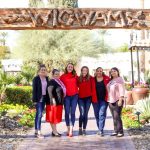 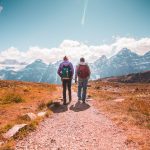